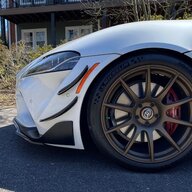 I actually think (hope) we will see a fair bit of overtaking.
Advertisement
Chris
NoVA
2021 3.0 Premium 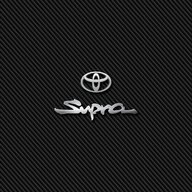 This podium is gonna be uncomfortable…
Chris
NoVA
2021 3.0 Premium

I don't believe Lewis earned this one. Max was overly generous and Lewis was being a bit of a bully. Not to mention running into the back of him, undoubtedly causing issues with Max's tires or worse.

Sad for Ocon to lose it right at the end there, but props to Bottas for fighting to the end.
Sad for Sergio, Charles did him wrong there.

Overall, this race is just messed up everywhere.
On to the final one. 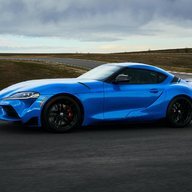 Crazy roller-coaster. Lewis extremely lucky (again) that his car stayed together after rear ending Max. Add a little more FIA assistance (of course) with a penalty and ending the VSC just in the right spot where Lewis could stay close for DRS and blatantly giving positions to Lewis during red flags and on track. "Letting them race" only applies when Lewis is in front.

Max and Lewis have been summoned to the stewards for the collision incident.

Personally, I hope they disqualify Lewis for pulling that stunt.

You don't get to rear end somebody and then claim you didn't know what was going on Mr. 7-time world champ, especially when there was plenty of room to avoid them.

I will also admit that Max picked a dumb spot to slow down, but it made since strategically and ultimately doesn't matter.

BadOne said:
Max and Lewis have been summoned to the stewards for the collision incident.

Personally, I hope they disqualify Lewis for pulling that stunt.

You don't get to rear end somebody and then claim you didn't know what was going on Mr. 7-time world champ, especially when there was plenty of room to avoid them.

I will also admit that Max picked a dumb spot to slow down, but it made since strategically and ultimately doesn't matter.
Click to expand...

Oh no, in true Mercedes assisting logic, they penalized Max for that too. Because you know, all logic eludes them. 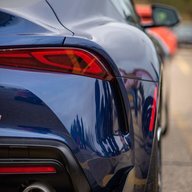 Nobody is saying Max did nothing wrong, only that Lewis was more wrong since he actually ran into Max while having ample room and time to avoid the collision.

I don't disagree with the Stewards for penalizing Max due to the sudden brakeing, that was an error on his part; however, is that more of an error than rear ending somebody because "I DiDnT KnOw WhY hE wAs SlOwInG!"

That's the dumbest excuse I've ever heard from a professional racing driver.
It doesn't matter why your opponent was slowing, pass the fucker.

A gap existed, and Lewis didn't go for it...you know the rest of Senna's quote.

I worry the wheels are coming off the wagon a bit for Max.

First, tagging the wall on what would've been a pole position lap.

Then the suboptimal getaway on the first standing restart, which gave the lead back to Lewis.

That was then compounded by his cutting the Turn 1 chicane, bounding over the curb and rejoining unsafely.

Then the decision to try to hand the place back "strategically" which resulted in a 10-second penalty, only for him to give the position back anyway...

The funny part about it is that even with all that, he still wouldn't have won the race anyway. The mediums RB put him on for the final stint still went off of a cliff 4-5 laps before the end, even with at least 3 VSC periods. I get why they had to try it

Here's the latest. it has not been changed for past races and I don't think it's going to change much if not change at all... There are 2 things mention before the final race.

1. I believe they changed the rule on changing tire during red flag. team can only change tire to same compound during red flag situation. this, I've been voicing so I'm glad they are imposing it.

let's hope for fair race and it is not decided by stuarts.
my Pewter Supra Build

I actually think it will end up being a clean race.

The question to me is 1-stop versus 2-stop. I feel like it was a 1-stop race before but it may be a 2-stop now with these compounds and track changes. I wish they had made these changes years ago when Alonso was bottled up behind Petrov, I think it was, for the whole race.
Chris
NoVA
2021 3.0 Premium
OP
OP

who or which manufacturer of fan you are, just enjoy the race. perhaps this is a once in a life time opportunity to see the end of such an intense season.
my Pewter Supra Build