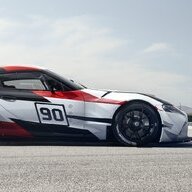 My goal for my MKV will be a DD with about 5+ track days a year. It will be a second car. These three cars are what I've considered instead, but still would take the MKV. I've had 7 miatas and love how they drive, and had an ND1 before I traded it in for another Fiesta ST due to the trans and soft top falling apart. The C6GS and SS1LE are both pretty similar, it'd just be a matter of which one came down to the better deal. It's not all lap times, though. After an FRS, two Fiesta STs, seven miatas, and an FC RX7, I've come to really appreciate light weight cars and steering feel. I've driven S2000's, Vettes, Camaros, Mustangs, etc and have really come to favor the lighter cars. The E46 also gets an honorable mention due to how much I loved how it drove, and with the MKV weighing in around the same, I definitely don't mind the weight.

The MKV is looking very promising and can't wait to order my yellow m/t when available! 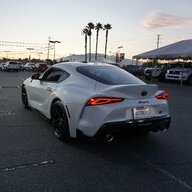 JustACasual said:
My goal for my MKV will be a DD with about 5+ track days a year. It will be a second car. Snip
Click to expand...