Tried looking it up with different search terms but i couldn't find anything on this so i apologize if its already known on here,

Noticed a few times ive given my car a chance to warm up before heading out and as im sitting there ive felt the engine sort of shudder and it keeps doing it until the car wams up, no CEL no llights either and ive kept an eye on the rpm's and that doesnt show it move so it got me a bit worried as the car is only at 1600 miles so far.

After doing some research i found a few bmw forums mention how it might be common for the b58 and that its either a bug in the software that never got resolved because it doesn't harm anything and or that its just the engine doing its thing as germans apparently have strict regulations on idling so you usually just start it up and go which does indeed get rid of the issue once the engine has warmed up.

Any of you mkv owners notice this?

I wouldn’t worry about it mine does the same thing when it starts. You can feel it if you focus on it. It’ll do if for a few seconds then as the rpms fall to around 600-800 it’ll go away. Car drives fine. 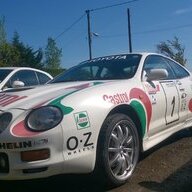 Yeah, same for me. 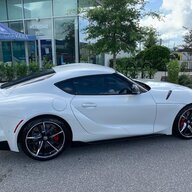 Do you have any mods on your car? Exhaust, downpipe, etc?

I have the same problem. Not on every cold start but quite often. I am still stock with 6k Miles.
OP

Neo1967 said:
Do you have any mods on your car? Exhaust, downpipe, etc?
Click to expand...

With cold start deleted, mine does shake a bit sometimes. Did it even when stock too but much less since it sits at a higher RPM 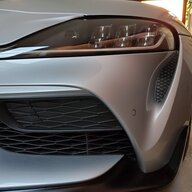 What fuel blend you guys running with the shudder?
Try another station and report back.
You'll be shocked the amount of water in today's gas stations limiting the octane rating and activating the knock sensor.