It Looks Like Toyota Philippines Will be Offering the 2020 Supra UPDATE: The original Facebook post has now been taken down, and we have also been requested to do the same (6/2).

It looks like Toyota Motor Philippines is serious about adding a strong dose of sportiness to their line-up. After the 86, it seems the largest carmaker in the country will be introducing its new halo sportscar, the Toyota Supra as well.

Based on these photos taken supposedly at the Batangas Port, a 2020 Toyota Supra in Prominence Red was spotted alongside a Suzuki Vitara. The photos aren’t clear too clear and don’t show much of the car (well, except for the photographer flashing a Shaka or “hang loose” sign). While it’s certainly odd to see a Supra next to a Vitara, it could make sense given both of these Japanese vehicles are actually assembled in Europe (Hungary for the Suzuki and Austria for the Toyota), and that they could have sought the same consolidator / customs broker.

These photos, if proven true, are the first solid proof that Toyota’s bringing in their flagship sportscar into the country. There have been strong speculation in the past few months that Toyota Motor Philippines is targeting a July or August launch for the Supra. If this is true, it is worth noting that it is a month after its sibling, the BMW Z4 breaks cover locally (this one is launching in June).

While there’s no information regarding its price, don’t be surprised if the 2020 Supra would be priced around the 4 million-peso mark. This would make the Supra a fitting flagship performance model while (probably) still undercutting the price of its chassis mate. Finally, an official Supra arrives in the Philippines
June 07, 2019

Well, Toyota Motor Philippines has something in store at this weekend's Toyota Vios Racing Festival at the Clark International Speedway apart from just having Vios race cars going around the track.

During the practice sessions for the Vios autocross which is also happening at the speedway in Clarkfield, Pampanga, Toyota brought in a car carrier with a suspiciously covered vehicle. And according to our contacts and after seeing the actual keys of the vehicle, we can confirm it's the 2019 Supra, the all-new sports car from Toyota, and it will be making a very special appearance at the event. Toyota held the world premiere of the Supra at the Detroit Motor Show (or North American International Auto Show) in the United States earlier this year. The new sports car is the fifth generation of the name, nearly 17 years since the 4th generation, or Mark IV, was discontinued.

The styling of the Supra was based on the FT-1 concept that Toyota even brought into the Philippines for the Philippine International Motor Show in 2016.

The fifth generation Supra was co-developed with BMW, and actually has one of their engines: a 340 horsepower, 500 Newton-meter 3.0-liter turbocharged straight six. It's matched with an 8-speed automatic gearbox driving the rear wheels. Much like the sports car project between Toyota and Subaru which yielded the 86 and BRZ, respectively, the Toyota-BMW project also spawned another BMW model which was the Z4. It will be launched next week by BMW Philippines.

Other international variants of the Supra have less power such as the SZ-R which has 258 PS, while the SZ has 197 PS. No manual gearbox options are available.

So if you want to get a glimpse of the Supra in action, head on over to the Clark International Speedway for the Toyota Vios Racing Festival. Admission is free.
OP

You can see the Toyota Supra up close this weekend

This is not a drill No, that headline isn’t a typo. And yes, it’s true. The Toyota Supra—yes, the NEW one—is here in the country. And you can seet it up close. Check out Toyota Motor Philippines’ (TMP) announcement below. As part of this Saturday’s Vios Cup Festival, TMP will showcase its new BMW Z4-based car on the tarmac in Clark. Now, while we’d be happy to see the Supra parked somewhere in all its glory, we doubt TMP is going to do that. Not when there’s an open track at its disposal. If we had to guess, we reckon the Japanese carmaker will show off the car’s rear-wheel-drive capabilities with some slick drifts. And to further our speculation, we reckon it won’t be just any driver behind the wheel. No, this kind of special showcase requires the presence of drifting royalty. We hope we’re right.

To catch the Supra in action, visit the Vios Cup Festival this Saturday, June 8, 2019, at the Clark International Speedway. We’re sure the sideways action will be worth the trip. In the meantime, enjoy our photos of the car patiently waiting on the sidelines at the circuit. 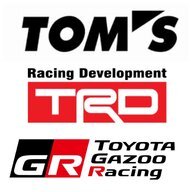 Great! When will be the PH GR Supra launch? 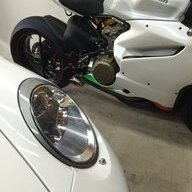 That's cool! How much is it going to cost over there?

DesmoSD said:
That's cool! How much is it going to cost over there?
Click to expand...

Some outlets estimated ~5.5m PHP, which translates to ~$100k USD. That's pretty in-line with the rest of the cars sold here since they're taxed to high hell.

Oxytal said:
Some outlets estimated ~5.5m PHP, which translates to ~$100k USD. That's pretty in-line with the rest of the cars sold here since they're taxed to high hell.
Click to expand...

It’s official: You’ll soon be able to buy a Toyota Supra from a local dealership(in the Philippines)

Coming soon to a Toyota showroom near you You read that right, folks. Following a teaser at the most recent leg of the Vios Racing Festival, Toyota Motor Philippines (TMP) has officially announced that the all-new Supra is coming to the Philippines.

The launch is set for Tuesday, July 9, so expect a ton of photos and stories from us on that date. And make no mistake, the event isn’t for the sake of media photo-ops. TMP has confirmed that it “will now be offering the much-anticipated model for retail.”


No concrete specs or prices have been revealed just yet. In the US, the Supra sports a 3.0-liter turbocharged in-line six engine generating 335hp and 495Nm of torque, and capable of propelling the coupe to a top speed of roughly 249kph.


What will be interesting to see is how the Supra will stack up, price-wise, against its twin, the BMW Z4. BMW Philippines just launched that model for the Philippine market with price tags of P3,990,000 for the 2.0-liter turbo and P5,790,000 for the 3.0-liter six-cylinder turbo variants. If we had to guess, we reckon the Supra’s price will sit just under that of the more expensive Z4.


Are you excited for the Supra’s arrival?
OP

We’ve been told this is legit 
The all-new Toyota Supra is coming...and it seems its Philippine prices have surfaced online.

An image, supposedly of the highly awaited Japanese performance car’s local prices and available colors, is currently making its rounds in certain Facebook groups and on the social-media platform’s online marketplace. This comes just a little over a week before the vehicle is officially launched in the Philippines. Look: 
We reached out to an industry source regarding the legitimacy of the photo circulating online, and according to the person, these prices are the real deal. Until Toyota Motor Philippines makes things official on July 9, 2019, however, take anything you see with a grain of salt.

So, how much for the all-new Supra? So far it looks like it’ll depend on the color you want it in. A Supra in Prominence Red carries a P4,990,000 price tag. If you want it in Lightning Yellow, Black Metallic, White Metallic, Silver Metallic, Ice Gray Metallic, or Deep Blue Metallic, the price is P5,050,000. Finally, a Supra in Matte Storm Gray will set you back P5,090,000.


No specs have been confirmed for the Philippine market, though the US gets a 3.0-liter turbocharged in-line-six capable of 335hp and 495Nm of torque. We’ll find out more once the all-new Supra makes its official Philippine debut in July.
Advertisement