What Tire Brands are you running? 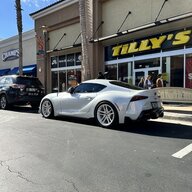 So I just did my stock wheels in White, which I really like but I also like black. Since I have an extra set of ADV1’s I’m having them powder coated in black so I can swap to fit my mood. Which means I need to grab another set of tires. I have Michelin Pilot Sports (AS front, PS4 rear) right now but those are a little big for the other rims I have so I’m going to run a 255 front (on 8.5” rim) and 295 or 285 rear since my 305’s rubbed a little because of the offset.

So that leads to me this post. I’m lookin at a few brands and since this car seems finicky as hell with tires and handling I wanted to know what everyone is running.

My initial thoughts since this is a 2nd set is the Falken Azenis FK510’s. I’ve read some great reviews on this tire and they say it’s up there with the big boys and it’s about $600 cheaper a set.

So here is what I was thinking maybe you guys/gals can add some other options you’ve had good luck with:
Falken Azenis FK510
Michelin PS4S (tried and true but top dollar)
Toyo R888’s
Continental but not sure which one is the best for performance.

I’ve run Yokohama Advan’s on my Miatas and they stick like glue but tire rack reviews did not favor them well.
No Experience running a Bridgestones, Kumho. Pirelli I’ve not been a fan of, they came on a lot of my Mustangs and just never performed well IMHO.

The key thing is traction, as well all know you start adding power and this thing doesn’t want to hook at all. My 305 Michelins on stock rims do a good job of getting most of the power down and with the 275/305 setup on stock rims the car feels awesome. Thats just a tad to aggressive a tire for the other rims. 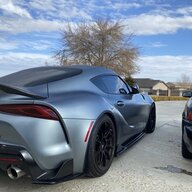 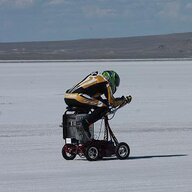 Location
the least restrictive State in the USA 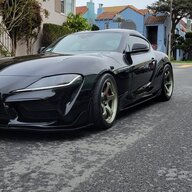 Driving on Falken Rt660 with 305s in the back. Can't say much about road noise because my car is loud. Pretty useless when the Temps drop and they are ok in the rain as long as you are not being a dumb ass.

Best review would be how they handle.on the track which I have yet to do. For street tires I like them.
03 GPW S2k, 96 BB NSX, 22 Noc Supra
OP
OP 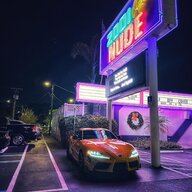