Ok so i figured i'd do a build thread as i do want to document this somehow and i figured why not get some advice along the way. i do also document this on my youtube channel and IG so if you'd prefer to follow me on there thats totally cool too.

Small background: Always been into cars, but never actually got into the mod game until 2016 when i bought a BRZ new. Modded the hell out of that cuz i caught the bug and since then i've owned various cars that have always seen some sort of mod in some shape or form. I've had a long list of cars especially in the last few years.

Build Goals:
My goal with this car is to make a daily driver that stands out in the crowd but isnt so heavily modded that its only good at shows or on the track. I will be both autocrossing this car as well as doing occasional track days so i want it to be somewhat competent there.

HKS Exhaust
HKS HAS kit (still undecided if i want to lower at all)
Some sort of front lip and side skirt addon, deciding between Maxton and Rexspeed and Aeroluxe
HKS Closed box intake
Suspension: I dont like to work on major suspension parts until i can get some autocross or track days in, so i havent even bothered to check out whats out there yet.

Anyways thats it for now. If i think of new things to add to the car i will update this thread. The girlfriend bought me some Verus caps to go over the plastic caps in the engine bay for Valentines Day. Not a needed mod but it does make the engine bay look really nice! 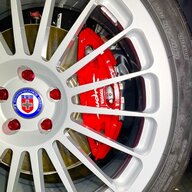 Can you take a few more pics of your Supra showcasing the wheels? Im thinking of the same wheels for mine. BTW- your car is lit.

Yeah i'll try to get some more this week

muckduck said:
Im comtemplating these wheels in like a powder gold aka M2 CS style....
Click to expand...

That would be so sick! 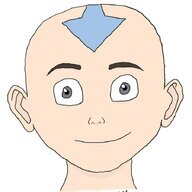 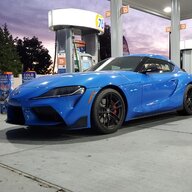 Hey there East Bay buddy! Looking good! I need to start my build thread too