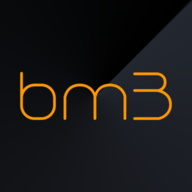 In the previous two videos we demonstrated bootmod3's new custom code features integrated into the factory DME (ECU), namely on-the-fly map switching and rolling antilag, both of which are using steering wheel controls for triggers allowing users to flash the car once and then select between any 4 maps that can be custom tuned to suit your modifications, octane and racing needs and to spool the turbo without using brake boosting and slightshot your way forward when racing

Here are the links to those two other articles:

In this video we're demonstrating another new tuning feature that is in the works by the bootmod3 dev team called FLEX FUEL. bootmod3 Flex Fuel integration is a set of custom tables predefined to tune your vehicle for dynamic aggression/power in the tune based on input from a Flex Fuel sensor. In this case we're using a Continental flex fuel sensor with a Zeitronix ECA2 kit which sends Flex Sensor's data over the CANBus which the DME handles in real-time to make the tune more or less aggressive based on ethanol % in the fuel. We previously made map switching on-demand work using the steering wheel controls. Now, there's a new option to also enable Flex Fuel in the tune and define separate tables for tuning for ignition, fuel, load/torque, various safeties, and many others. Tuning details behind getting a flex fuel tune working are also very straightforward and very powerful. A tuner defines your base map or maps (1 through 4) which you can select through the steering wheel (example: Map1: Stage 1 93 map, Map 2: Stage 2 93 octane, Map3: Stage 2+ 98 octane, Map 4: Stage 2+ race gas) . Any or all of the 4 switchable maps can now be configured as ENABLED for Flex Tuning. When enabled, data from the Flex Fuel Sensor is used to scale between say a pump gas E0 (no ethanol tune, or E10) to a full E85 or E100 (100% ethanol) tune. If sensor detects no ethanol then the scaling leaves the base maps alone without scaling them upwards in aggression. If the sensor detects and sends say 50% ethanol to the DME then the DME can be set to change ignition, fuel, load/torque and many other tables to increase power levels due to ethanol's much higher octane over petrol/gasoline.

In this demo, we're demonstrating on a 2015 BMW F80 M3 which starts out with a 20% ethanol blend in the tank. Those that enjoy the details can see the blend factors are set for 0.50 for this ethanol level just as an example. Currently there are 3 main blend factor tables, ignition, fuel and torque, and they can be individually used to scale among many tables required for tuning Flex Fuel, from cold starting the car with full ethanol in the tank to full on power. In the end of the video we add some more alcohol and you can see in the bootmod3 dashboard how the Flex % goes upwards from 20% to 27% as the fuel system catches up and the fuel in the tank gets a chance to blend as it isn't instant.

This video is done on the S55 but the changes are being ported to all vehicle platforms supported by bootmod3.

Hope you enjoy this video!

Can we run flex fuel plus methanol? 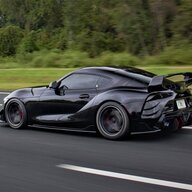 I hope this message finds you very well. Kindly please guide me through my options.Im running OTS Stage 2/93, car is straight piped and has a meth kit starting injection at 12psi, full at 25psi, so basically running the meth system at 60%, AS IT ONLY SPOOLS UP TO 18-19PSI WITH this map to be safe. I've been thinking of RE TUNNING with the OTS E30 straight piped map, when I just logged in and saw all of these new options (antilag/flex fuel etc) . I don't want to screw up and my goal is to be as closes to 500whp as I can, with that I would be most happy, as its pretty fast as is. Kindly please advise on options with current hardware and available OTS maps. I was told 485-490 its achievable with that E30/93/straight piped map.
HAPPY NEW YEAR!!!!
Advertisement