https://www.motor1.com/news/306508/toyota-corolla-grmn-confrimed/
That would be a nice addition to Toyota's performance car lineup.

MLG Tofu Shop said:
https://www.motor1.com/news/306508/toyota-corolla-grmn-confrimed/
That would be a nice addition to Toyota's performance car lineup.
Click to expand...

It'd be nice for us to get more hot hatches here in the states. And being GRMN? Could have lots of potential

Goose said:
It'd be nice for us to get more hot hatches here in the states. And being GRMN? Could have lots of potential
Click to expand...

That is one cool looking livery 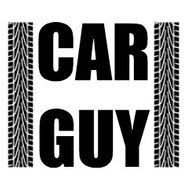 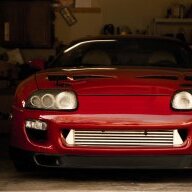 With the same turbo three-cylinder as the rally-inspired GR Yaris, this car aims to prove that a Corolla can be as cool as a GTI.
This story originally appeared in the May 2020 issue of Car and Driver as part of our 25 Cars Worth Waiting For package. Our sneak preview of the most exciting cars coming in the next few years draws on knowledge from leaked product-development plans, spy photos, and loose-lipped insiders mixed in with information that has already been officially released. The reporting for this story was completed in February and early March, before the auto industry began feeling major effects of the coronavirus pandemic. As many automakers are now delaying or pausing development programs, the debut and on-sale dates reported here may change.

A hot-hatch version of the Corolla is coming soon wearing a GR badge (for "Gazoo Racing"). It'll be Toyota's first sporty compact since the high-revving Corolla XRS from the mid-2000s. This car also will serve as an apology to Americans who are upset that we're not getting the awesome rally-inspired GR Yaris. (That car is based on the global Yaris, while the U.S.-market Yaris is a rebadged Mazda 2.) The GR Corolla should land in 2022, with a starting price around $30,000.

The GR Corolla will use the mighty turbocharged hamster wheel from the GR Yaris that pumps out 257 horsepower and 266 pound-feet of torque from just three cylinders displacing 1.6 liters. We wouldn't count on the GR Yaris's all-wheel-drive system making it stateside, but Toyota will have to offer a six-speed manual transmission in order for the GR Corolla to be considered a driver's car.

The same TNGA underpinnings as the standard Corolla will be in play, but upgraded with a stiffer suspension tune, bigger brakes, and larger wheels wrapped in grippy summer tires.

Toyota is working hard to shed its reputation for being boring—a perception that is closely tied to the Corolla name. We appreciate that Toyota still offers it with a manual, but the 169-hp pseudo-sporty XSE that currently occupies the sportiest spot in the line just isn't enough. A true high-performance version with a strong engine and legitimate chassis upgrades could convince people that a Corolla can be as cool as a Volkswagen Golf GTI.
Click to expand... I'm sure it will be fine for what it is and yay for more sporty options, but I'm not going to pretend it's a good replacement for the GR Yaris. I know I've voiced my opinion before, but that's a shit apology. Still not interested.

I think Toyota USA is hinting at something.

Pure. Toyota. Sports.
GR Yaris dominated the 2020 Tokyo Auto Salon, stirring up an outcry in North America over its absence. And it's easy to see why. A radical hot hatch, GR Yaris is equipped with an all-new 268-horsepower, 58 turbocharged 3-cylinder engine; a rally-derived GR-FOUR All-Wheel Drive system; and a track-proven suspension. It's the same engineering that helped to make TOYOTA GAZOO Racing a dominant force in the World Rally Championship. While GR Yaris isn't coming to the U.S., perhaps it's time the U.S. got a Toyota hot hatch to call its own. One that continues to push the boundaries of performance. And one that can only come from TOYOTA GAZOO Racing. Are you with us?
Click to expand...