I don't doubt there will be a new 86 or at least a face-lift with a few more hp, but new chassis development isn't even a thing right now and there are no current plans for such according to Tada.

This question was actually answered directly by him vs another engineer.

However, GR is still developing special editions of the ZN6 and who knows maybe that could turn into something. Though I hope that something isn't that abomination we saw in Tokyo lol.

They have one one of the best chassis under 60k for the 86 , it would not be a smart move to just abandon it , i always thought the tests were done on this platform anyway . It would be shocking and sad for me if toyota just abandons this project , that has so much potential . The problem with the car is its low torque/power for this fantastic chassis , that is the reason why i sold it in less than 5 months of owning it , and having driven the old impreza sti which was a beast i felt a bit undewhelmed by this offering . It is still bugging me why a forced induction was not used on this car , i believe every modern sports car without a v8 or higher should come with forced induction at least as an option. Also yeah the hybrid 86 concept was preeetty ugly 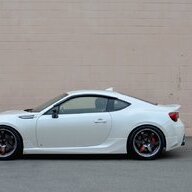 though you gotta do something to boost sales/prices I suppose. 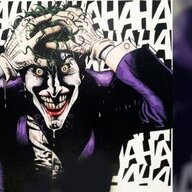 Loved my Frs while I owned it but car had lots of issues even before I added a turbo. In the end it felt cursed and it was time to move on. I wish they would make a factory performance one like with more power safely done from oem

Yeah this car unfortunately has its flaws and the most serious is its engine. Unacceptable for a sports car n my opinion , it really dissapointed me , although it is quite reliable if you exclude some weird engine noises mine made rarely . Also i get you for the turbo , but i suggest all the time against it , at least until the warranty expires. 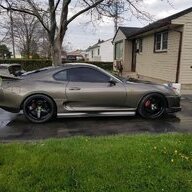 It was the little things that bugged me about the FRS. My windows constantly froze, rattled like a 90's Honda. Fun to drive, but it did not feel like you were driving a new car.

Maybe some quality issues were resolved in the facelifted model , the facelift was more about body rigidity and some quality of life changes i think , but i haven't driven the '17 model so not sure for these claims.

As an 86 owner, always feel like I am getting kicked repeatedly in the nuts for liking a car with its current performance. 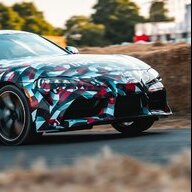 Car(s)
Hmm What AM I driving?

honestly, there is a large part of me that want them to drop Subaru, and get with Mazda, make a chassis that is light using Mazda tech, and put a goddam Toyota engine that is rev happy into it. As long as it's light and handles well with decent HP it will sell.

Chikane said:
honestly, there is a large part of me that want them to drop Subaru, and get with Mazda, make a chassis that is light using Mazda tech, and put a goddam Toyota engine that is rev happy into it. As long as it's light and handles well with decent HP it will sell.
Click to expand...

I want them to drop it because if the news about Subaru fearing people favoring the 86 over the wrx with similar power, close that shit.

Now with all the knowledge, keep the chassis, make a new engine that can rev to 7k and boost it to at least 220 with no torque dip. 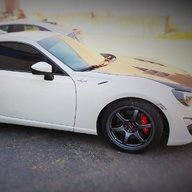 I've had my 86 from day 1 and have been very happy with it. Granted I turboed it within months of owning it, so obviously I agree it needed more hp from the factory. I get what they were trying to accomplish with it but they should've upped the power with the refresh. Oh well, I'll just keep it and wait for the new Supra.

Please do not get me wrong. I love my GT86 and like driving it, but the broad masses expect a more powerful car and Toyota is trying to make it happen. There you can see how important Toyota is to take customer wishes seriously. In addition, Toyota pursues its own ideology and will not design the future vehicles only by the wishes of customers.