Will the new Toyota Supra be a match for the 911 GT3 RS (997)? Toyota has been spied testing the legendary 911 track focused car at the Nurburgring, possibly to use as a benchmark for the upcoming Supra MKV. Toyota engineers have been spotted at the Nurburgring testing a Porsche 911 GT3 RS, potentially getting down some benchmarks in the development of its upcoming Supra revival.

An image has appeared on renowned Nurburgring enthusiast website BridgeToGantry, spotting the Porsche apparently owned by and/or under the control of Toyota. It was seen during a scheduled industry testing day.

It seems engineers could be using the previous-gen 997 GT3 RS at the ‘Ring to gain some valuable data in relation to cornering abilities and performance. We’re sure we don’t have to tell you, the GT3 is a very serious, stripped out race car for the road. Although the new Toyota Supra isn’t likely to be as serious as the GT3, Toyota could be benchmarking to understand the limits.

Engineers were also seen testing the last, fourth-gen Supra on the Nurburgring, possibly to make sure the new model rekindles some of the original spirit. Back then, the Supra came with a now-legendary ‘2JZ’ 3.0-litre twin-turbo inline six engine.

For the new model rumours suggest Toyota could adopt one of BMW’s TwinPower turbo four- or six-cylinder engines, while pairing in some kind of electric hybrid assist system using its own expertise.

Last week we heard news that Toyota had registered a trademark for “Supra” in Europe, following an earlier registration of the name in the USA back in 2014. It seems logical Toyota will apply the legendary name to the new sports car.

BMW, as part of an agreed co-development deal signed in 2012, is also engineering a vehicle alongside the Supra and will introduce a separate model based on the same foundations. There’s talk of it being its new sports convertible, replacing the Z4. The name ‘Z5’ has been thrown around but nothing is official just yet. This is the kind of report I could only dream of.

All this eco-hybrid garbage nonsense had me thinking this was going to end up being an overpriced sissycar.

That is only the 997.1 RS, not the 3.8 or 4.0, and is a decade's old car, but hopefully this means there is a quality benchmark for the Supra. Honestly I'd still like more power but if this car offered the performance and feel of a GT3 RS, even a 10 year old one, for a reasonable price, it's a guaranteed winner. 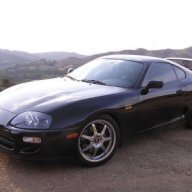 This is the kind of report I could only dream of.

All this eco-hybrid garbage nonsense had me thinking this was going to end up being an overpriced sissycar.

That is only the 997.1 RS, not the 3.8 or 4.0, and is a decade's old car, but hopefully this means there is a quality benchmark for the Supra. Honestly I'd still like more power but if this car offered the performance and feel of a GT3 RS, even a 10 year old one, for a reasonable price, it's a guaranteed winner.
Click to expand...

If the new Supra can match the 997 in most performance metrics as well as its feel, it will be an absolute hit. The 997's steering feel and its Mezger engine are already the stuff of legends, and some say even better than the new 991 GT3.

With the Lexus LC development already done, the MKV Supra is logically the only car Toyota could be testing a GT3 RS for. 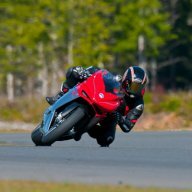 That's reaching! Different platform, different animal. Rear engine, rear wheel drive (no elect motor for front wheels), short wheel base. I think they just want to have a better understanding of what a true driver's performance "street car" feels like.

Even the new $200K Porsches will not be using the Mezger engines with Nikasil cylinders. Not only too expensive, but also take too long to warm up engine for everyday street use (99% of market).
Last edited: Jul 6, 2016
I'm independently very, very....dependent!
[sigpic]54[/sigpic] 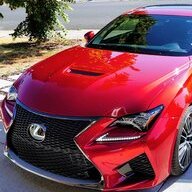 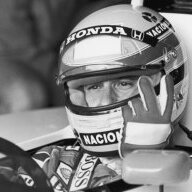 That benchmark is spot on. Hopefully they can get that steering feel of the Porsches. I'm mega excited about this Supra MkV - it is going to be a long wait...

Older article, but it says it will be about the size of a 911.

Details are starting to emerge about the sports cars that Toyota and BMW are jointly developing. Toyota’s model will be billed as a long-awaited successor to the iconic Supra, while BMW’s version of the car will replace the Z4 roadster.

Both cars will ride on a brand new chassis that will make extensive use of lightweight materials such as aluminum and carbon fiber. Described by insiders as a frame-based format, the chassis will allow each brand to design completely different bodies that will not look anything alike.

“The Toyota variant’s exterior styling was finalized in the third quarter of last year, but you’ll be surprised at how good it looks. The car does not look like a Toyota,” revealed a source close to the car maker in an interview with Australian magazine Motoring.

A rendering published in the latest issue of Japanese magazine HolidayAuto gives us a plausible idea of what it could look like.

The two cars will stretch approximately 177 inches long, 72 inches wide, and 52 inches tall, dimensions that will make them about as big as a rear-wheel drive Porsche 911.

BMW’s version of the car will launch with two gasoline-burning engines designed in-house and a plug-in hybrid drivetrain developed by Toyota. Base models will get a turbocharged 2.0-liter four-cylinder rated at 241 horsepower and 258 foot-pounds of torque. Midrange models will be powered by a turbocharged 3.0-liter straight-six tuned to make 335 ponies and over 331 foot-pounds of twist. Finally, range-topping versions will benefit from a 473-horsepower gasoline-electric drivetrain made up of the aforementioned six-cylinder and a Toyota-supplied electric motor.

Interestingly, the Toyota-badged version will forego the smaller four-banger and it will only be offered with the straight-six and the plug-in hybrid drivetrain. The Japanese car maker presumably wants to ensure the Supra will not overlap with the next generation of the Scion FR-S.

While BMW is very secretive about its next Z4, Toyota has hinted that it will preview the upcoming Supra with a close-to-production concept that will be introduced either next January at the Detroit Motor Show or the following March at the Geneva Motor Show.

Both cars are scheduled to go on sale globally in 2018. An earlier report claims the Supra will cost more than a Chevrolet Corvette Stingray, which carries a base price of $55,000 before a mandatory destination charge is factored in.
Click to expand...

Virtually identical to the 911.

It would be fun to get a german-built Toyota take on the 911.

Craigy said:
Virtually identical to the 911.

It would be fun to get a german-built Toyota take on the 911.
Click to expand...

i recall Motortrend saying they were aiming for GT6's weight of 2,910 lbs. 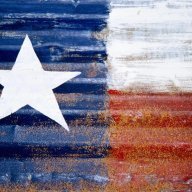 gymratter said:
i recall Motortrend saying they were aiming for GT6's weight of 2,910 lbs.
Click to expand...

I hope they hit that mark not only because it'd mean a nice light car but also that it won't have a hybrid powerplant (which would make it heavier).
OP Squeezing a hybrid system into that figure would be pretty impressive but it seems doubtful. Could always be a mild hybrid setup with one motor and small batteries. 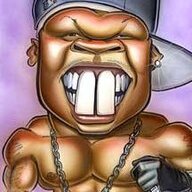 Reports have said that the Cayman was used as the benchmark for the upcoming Supra. Looking at the different trim levels of the Cayman, the GT4 is the top trim. Here are some of its numbers: 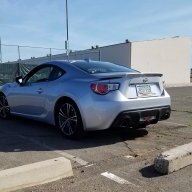 ..it wouldn't be unreasonable but then the issue becomes cost..we all know the mk4 was well above the cost of other similarly performing coupes and with toyota teaming up with a non-eco brand like bmw it is hard to see a big "discount" with the successor...as another example, despite mazda having 3 previous miata generations on top of teaming up with fiat for the ND miata, it certainly didn't make the msrp any more affordable so there are similarities which don't bode well for the mk5 supra. toyota will either upset people who were expecting a high HP super car killer or a corvette-type bargain with the price.

on a side note while benchmarking the cayman is cool, it is hardly the performance bargain in its class and doesnt lead in any measurable stats. sure the cayman is a handling beast but we already have the 86/brz for that, imo the supra should be more focused on power..
Last edited: Apr 28, 2017
Advertisement